Today I'm happy to feature my review and an exclusive excerpt for This Wish Tonight, a holiday anthology by J. Scott Coatsworth, Gregory L. Norris, and Wendy Rathbone. 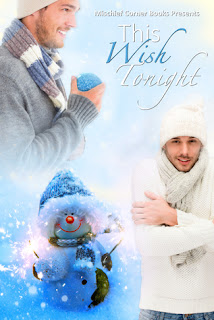 Blurbs:
Warmth, family, good cheer? Not everyone associates these things with the winter holidays. For some, it’s a time of longing and reflection. Mischief Corner Books invites authors to create stories set during the holiday season and centered on the fulfillment of a wish or desire.

Fear of Fire by Gregory L. Norris
Glass Artist Lucius Price works desperately to create a holiday symbol intended to help the town of Villatopia heal from a rash of unsolved hate crimes against gay men. When he is targeted next and his studio set ablaze, handsome firefighter Oscar Ramos rescues Lucius from the flames, creating a different kind of fire during an unforgettable Christmas.

Wonderland by J. Scott Coatsworth
Zeke is a loner his late forties, living in a small cabin in rural Montana. Nathan has been traveling across country on foot since the zombie apocalypse, dealing with his OCD in an empty world.  Zeke just wants someone to love. Nathan just wants to be home again.

Fate brings them together in a winter wonderland, but their own fears and baggage may tear them apart.

Is there still hope for love at Christmas, at the end of the world?

Eve of the Great Frost by Wendy Rathbone
Remi has prepared for over a year to be the king’s gift at the annual celebration of the Eve of the Great Frost on the planet Niobe. Twelve men, taught under the tutelage of the Pleasure Master, hope to be the one (or one of several) chosen to spend an erotic night with the mysterious alien king who always wears a mask. But when Remi’s turn comes to be presented to His Majesty, everything goes wrong from a costume malfunction to breaking protocol. What happens next is a shock, and a night he will never forget

My Review:
Wonderland: Okay, so you have me with post-apocalyptic! That's all I needed to know to rub my hands together and settle in to read this story with relish. It made me laugh when it was a winter storm trapping the main characters, because I was trapped at home by an ice storm. The best part of this story is that there was realism from the lack of food, to the personal grooming, to the struggle to keep some semblance of normalcy by both Nathan and Zeke. But then there's a wrench thrown into the works... Andy. Who is he? What role does he play? I won't give that away, but I found that a very interesting twist in the story, and I really hope that we learn more about Zeke and Nathan down the road. This story didn't have a strong Christmas theme, but I liked the sweetness it did bring into their lives at the end.

Eye of the Great Frost: This story was a mix of fantasy and science fiction. The vast majority of the story feels like you're in the distant past, but it's actually a world with a people who hadn't quite progressed as far as they should. The symbolism of their mystical culture, especially during the presentation on their holy day, is vivid and fully-realized even with how short the story was. I found the science fiction aspect to be far more vague beyond explaining some of the backstory of Shin, the king, and giving us an idea of where Shin and Remi end their story after 'The End', and most of that came from Remi's voice as the 'narrator' of the story. With length constraints, that was a good vehicle to share information with readers when it couldn't be shown.

Fear of Fire: This story had a strong and beautiful Christmas theme. I also really enjoyed the technical aspects when we see the main character, Lucius, working the glass. I could tell the author either had firsthand experience or did the research to bring that part of the story to life. I also loved the visual of the Tree of Tolerance and the idea of the interlocking glass pieces topped off with a beautiful star. The overall plot and the characterizations were done well, and I liked there was an external conflict. What I didn't like was the constant use of epithets. "The artist" and "the fireman", or variations of those, were used so many times it got tedious. People just don't think of themselves and others by descriptions all the time, nor do they tend to be so... lyrical during sex. Probably the biggest push out of the story was the lack of medical realism during the two scenes where injuries were possible. I don't want to give everything away by being more explicit, but I really wish that aspect had been more believable.

Exclusive Excerpt from Wonderland:
Knock, knock, knock.
Zeke looked up, perplexed. He hadn't heard a knock on his door in years, even before the plague—part of that whole loner thing, he was sure. It was probably just one of the trees banging its branches against the cabin.
After a moment, he went back to the book. Now, where was I?
Knock, knock.
It had been very distinct that time. He set the book and his wine glass down and sprang toward the front door. He pulled the door open, certain there would be no one there.
There was a low moan, barely audible above the wind.
He looked down, and it took a moment for his brain to sort out what he saw there.
"Jesus Christ!" It was the prostrate form of a man—or a woman? It was impossible to tell. They lay facedown in the snow.
He knelt and put his finger on the person's neck. It was still warm, and there was a pulse.
"Come on," he said, though whoever it was seemed unconscious and unlikely to hear him. "Let's get you inside." He hooked his arms under the person's armpits and pulled them into the living room, then closed the door to block out the cold. How do you treat frostbite again? "Blankets. I need blankets." Zeke pulled off the stranger's backpack and set it aside. He turned the body over carefully. It was a man, and a good-looking one at that, from what he could see under the snow and grit.
He lay the stranger gently on the thick rug by the fireplace, went to grab a pile of blankets from his closet, and set a few by the open flames to warm up.
Then he set about stripping the man. He'd dreamed of such a moment for years but under much more romantic circumstances than this. Still, he was in good shape. Zeke's hand lingered on his flat stomach for just a moment.
The man's left pant leg was shredded. It looked like he had been bitten, maybe by a wild dog. He would need to cleanse the wounds. He poured some of the hot water from his fireplace kettle into a bowl to cool off.
Zeke pulled off the man's boots and socks. His feet were rank, but nothing like he would have expected. Hopefully frostbite hadn't set in yet. Where did you come from, my friend? 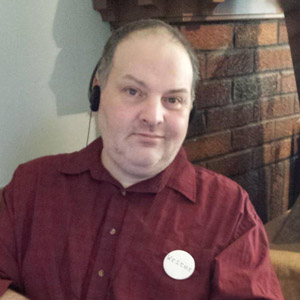 I am a full-time professional writer, with numerous publication credits to my resume, mostly in national magazines and fiction anthologies. A former writer at Sci Fi, the official magazine of the Sci Fi Channel (before all those ridiculous Ys invaded), I once worked as a screenwriter on two episodes of Paramount’s modern classic, Star Trek: Voyager and am the author of the handbook to all-things-Sunnydale, The Q Guide to Buffy the Vampire Slayer (Alyson Books, 2008).

In late 2009, two of my paranormal romance novels for Ravenous Romance (www.ravenousromance.com) were reprinted as special editions by Home Shopping Network as part of their “Escape with Romance” segment – the first time HSN has offered novels to their customers. In late 2011, my collection of brandy-new terrifying short and long fiction, The Fierce and Unforgiving Muse: A Baker’s Dozen From the Terrifying Mind of Gregory L. Norris is being published by Evil Jester Press. I have fiction forthcoming from the fine people at Cleis Press, STARbooks, EJP, The Library of Horror, Simon and Shuster, and Pill Hill Press, to name a few. 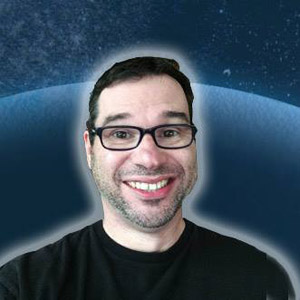 Scott has been writing since elementary school, when he and won a University of Arizona writing contest in 4th grade for his first sci fi story (with illustrations!). He finished his first novel in his mid twenties, but after seeing it rejected by ten publishers, he gave up on writing for a while.

Over the ensuing years, he came back to it periodically, but it never stuck. Then one day, he was complaining to Mark, his husband, early last year about how he had been derailed yet again by the death of a family member, and Mark said to him "the only one stopping you from writing is you."


Since then, Scott has gone back to writing in a big way. He has sold more than a dozen short stories - some new, some that he had started years before. He is currenty working on two sci fi trilogies, and also runs the Queer Sci Fi (http://www.queerscifi.com) site, a group for readers and writers of gay sci fi, fantasy, and paranormal fiction. 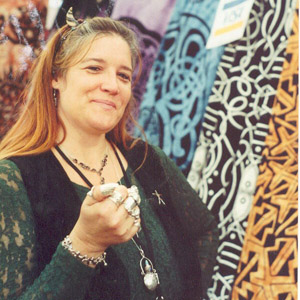 Wendy Rathbone has been writing for many years in the fields of science fiction, fantasy, horror, romance and erotica. Her poetry and short stories have been widely published in magazines and anthologies, and won many awards. She is a Writers of the Future alum (second place, vol 8) and has two stories in the classic, still in print, Hot Blood series, as well as a story in the scifi volume of the classic gay anthology Bending the Landscape.

While she has always written GLBTQ characters in her fiction and fan fiction, in 2011 she began to delve deeply into the realm of male/male romance and erotica. She has many indie m/m romance novels, the most recent being “The Moonling Prince” and its sequel “The Coming of the Light”. This year she sold her newest novel “The Android and the Thief” to Dreamspinner Press for publication in April, 2017.

Wendy lives in Yucca Valley, CA with her partner of 36 years, Della Van Hise, and is currently hard at work on a new m/m romance novel.