I want to welcome Julie to my blog to talk about her latest release, Leonardo diCaprio is a Vampire. Did you know? I sure didn't! LOL
I hear voices in my head.
No, I’m not daft or certifiable—at least no more than any other writer, I think. The voices that I hear are not the kind that tell me to do strange things or incite me to desperate acts, rather they belong to my characters, both those I know and those I’ve yet to meet. And I’ve learned something in over forty years of writing—when they speak, I listen!

Carrying paper and pencil or pen is wonderful advice for those moments when your characters begin to speak and you want to capture them for posterity. It’s all well and good to say oh, I’ll remember that, no problem, until you’re sitting in front of your computer screen and your fingers are in place upon the keyboard and suddenly you’ve forgotten every single word you were sure you’d remember forever. As they talk, you should write, that much is just a given.


But sometimes you aren’t in a position to write—for example, while you’re driving, or when you’re showering (bathing isn’t quite so bad, at least you can take the paper and pen into the bathroom and write while you soak), or even when you’re having sex. So what do you do? If it’s just one line, you can keep repeating it to yourself until you’re in a position to write it down, and that can work. But what if it’s more than that?
I have a little trick for those moments. At least it works for me. I get a mental picture of the emotions involved, and capture them visually, imprinting them with the words, almost like a hot key. So that when I’m ready, I “press” the key, and then it comes out where I can capture it. If I let the character ramble before I’m ready, I find that I lose the words. But if I imprint them in this way, then they stay there, waiting for me to access them.


For example, a couple of years ago my daughter and I went to see Inception at the theatre, the Leonardo di Caprio film. I wasn’t even sure at first that I wanted to see it, but she did so I agreed to go. Before we went, I got to thinking about Leo and other films that I’ve seen him in over the years, including Total Eclipse (Leo and David Thewlis – totally hot! Kissing and nakedness, very delicious!), and I heard a voice speak to me.
“Did you know that Leonardo di Caprio is a vampire?”

Sounds like an odd beginning or introduction even for a character. But I thought what the heck, let’s listen. I realized that this was a new character, so I kept the line in my head, all through Inception. Afterwards, I worked on the story, as I drove home. First, I needed character names. In Inception, Cillian Murphy plays a guy named Robert Fisher. He’s an important character, and his name stuck in my head, but I reversed it and changed it slightly. So Robert Fisher became Fisher Roberts. One character down, now for number two (I already knew this would be m/m, so I needed another male name). As I was driving, I scanned everything around me—billboards, businesses, vehicles, whatever—for the mate to Fisher Roberts. I saw an ad for hunting, and suddenly I had it—Hunter, who became Hunter Long.  It wasn’t til long after I began to write that I saw what I had inadvertently done – Fisher and Hunter. It might seem contrived to some, but I swear to you it was totally accidental.


I knew nothing about these two guys, but I began to write, using that first line, and I kept writing until some 35k later, I was done.  Or at least I thought it was. After a brief stint with a publisher who shall remain nameless, I received Leo back into my own hands and then I took the original story and added 5k to it, in the form of Hunter’s POV, and then I sold it to Torquere. And now we have a happy ending, as well as a new cover and more depth to the story of Hunter and Fisher.
This isn’t the only time this has happened to me, far from it. There once was a time when I was researching a non-fiction book, a children’s book about composer Percy Granger, when a voice began to speak, and he told me he was a gay werewolf. I could feel that he was a nice man, so I politely told him to please wait til I was done with the other book.  But he kept talking, so to appease him I thought I would just write down a few notes and hold onto them until I was ready. Those few notes became the first chapter of To The Max. Which became an entire book. And which now has a sequel. All because a voice wanted to be heard. Oh, that other book never got written yet. Guess Percy needs to speak louder, eh?


Another time, it was Judas Iscariot that spoke, and that book became Revelations (for which I’m still seeking a publisher). Sometimes I only get to the first chapter, and then it sits as a WIP until I get back to it. But at least it’s a start.
I hate to think about all of the characters that I have lost or forgotten because I wasn’t able to keep their words in my head. Perhaps they’ll come back again someday, but I’m not holding my breath. That goes for the books I’ve written in my dreams, but forget the moment I wake up. Since I started using my little mnemonic trick, I haven’t lost a thing, and that’s a good feeling. I just hope my readers agree that it was worth it!


Do your characters talk to you? Do you have any tricks you use for getting your characters down onto paper?  I’d love to hear about it!  Thanks for having me, Alicia! Have a great day, everyone! 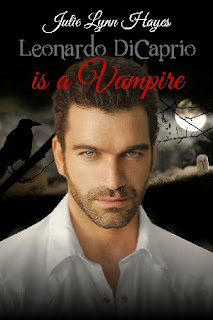 Blurb: Halloween is the night when the veil between the worlds grows thin... Not that Fisher Roberts believes in Halloween or any other holiday. Unlike his roommate and longtime best friend, Hunter Long. The trouble is that Fisher's feelings for Hunter are more than that of a friend, and it's getting harder and harder to hide those feelings from Hunter.
Fisher has promised Hunter to attend a Halloween party with him on All Hallow’s eve, even though he’d really rather not. Things start out badly and then take a decided turn for the strange. Hunter confesses to being a vampire. Not that Fisher believes that, of course—that’s just Hunter’s strange sense of humor. But the kiss in the park... what’s that about? And at the Halloween party from Hell, nothing and no one are what they seem to be... Halloween madness or something more?
Excerpt:  Fisher trembled, an expectant trembling, as if he were waiting for something to happen. He didn't have to wait long. Suddenly those beautiful lips were touching his, and then they were kissing, truly kissing. No, it wasn't Fisher's first kiss, but it was his first with a man. His only kiss with a man. And he was amazed at what a difference there was between this kiss and the others. Not because of gender, but because it was with Hunter. Because Hunter was someone special.
He felt himself giving in to those lips, melting into that touch, with a heat that penetrated his entire body, vibrating in its intensity. Now Hunter was nibbling at his lips, soft tender kisses that shook him to his very foundation. His head was reeling, and he was on the verge of losing all sense of self when he felt the first raindrops splash upon his upturned face.
What the hell. He pulled back at this sudden insertion of reality into a very unreal scene, his mouth forming a large "O" of amazement, his eyes going into saucer-plate mode. But even as he did, Hunter moved forward, sliding his hips until their knees were touching. From this position, luckily, they couldn't get much closer, or Hunter would realize what else he had raised beside's Fisher's blood pressure.
He was going to do it again. Fisher just knew it, he could feel it, and oh God how badly he wanted it, as he felt a whimper rise in his throat, indicating a neediness he wasn't aware he even possessed. But the drops were turning thicker now, more of them, and they were brutally cold. A definite shock to the system. His brain was screaming to him to get out, get out now.
Even though this was what he wanted, exactly what he wanted. So what was the problem? What did he think would happen if he gave in to his feelings? He didn’t know. He was afraid of things that he couldn't even explain to himself.
He practically threw himself backward from the picnic table in his haste to get away, landing on the hard ground that would soon be turning to mud if this downpour kept up. A steady rain it was now, and lightning crackled angrily above their heads.
"Fisher?" Hunter rose hastily, reaching for him. So Fisher did the only logical thing he could do -- he gained his feet and ran, as hard and as fast as he could. He hated himself with every step that he took -- and he knew he had never loved Hunter Long more.


Julie Lynn Hayes was reading at the age of two and writing by the age of nine and always wanted to be a writer when she grew up. Two marriages, five children, and more than forty years later, that is still her dream. She blames her younger daughters for introducing her to yaoi and the world of M/M love, a world which has captured her imagination and her heart and fueled her writing in ways she'd never dreamed of before. She especially loves stories of two men finding true love and happiness in one another's arms and is a great believer in the happily ever after. She lives in St. Louis with her daughter Sarah and two cats, loves books and movies, and hopes to be a world traveler some day. She enjoys crafts, such as crocheting and cross stitch, knitting and needlepoint and loves to cook. While working a temporary day job, she continues to write her books and stories and reviews, which she posts in various places on the internet. Her family thinks she is a bit off, but she doesn't mind. Marching to the beat of one's own drummer is a good thing, after all.  Her published works can be found at Dreamspinner Press, MuseitUp Publishing, Torquere Press, and eXtasy Books. She has also begun to self-publish and is an editor at MuseitUp.


You can find her on her blog at http://julielynnhayes.blogspot.com, and you can contact her at tothemax.wolf@gmail.com.


eXtasy Books:  http://www.extasybooks.com/index.php?route=product%2Fauthor&author_id=979
Posted by Alicia Nordwell at 1:00 AM