Happy Wednesday and welcome to the weekly update from the Briefers! As always, the authors in our group pick from a mess of prompts, and then we each share an update 500 to 1,000 words in length with readers, and share links to all the other blog authors taking part where you can read free stories too! This week my prompt was the image below... sorta. LOL. Read on to figure out how it inspired me. 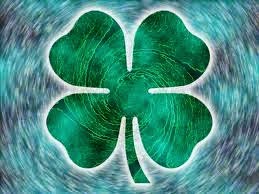 
Birch stumbled against a small table near the fireplace. “What?”


“We’ve been ignoring them because we have bigger problems, but… you have wings, Birch. Flying is the one thing I never thought we’d share. I love the freedom of soaring through the air.”


Sayer could remember some rough tumbles when he learned to fly. The field wasn’t too hard, but Birch had been injured a lot recently. “How about you try over the bed? That way, if you fall, you’ll bounce.”


Birch took a deep breath and let it out slowly. “You’ll show me what to do?”


“Of course!” Sayer grinned. He bounced up on the bed. “If I’m going to wear my wings, I’ll usually wear a robe or tunic with slits built in, but I didn’t put one on this morning.” He stripped off his shirt, dropping it onto the floor.


Birch’s gaze roamed all over his chest. Sayer held in a smirk at the heat held in Birch’s eyes. They wouldn’t have enough time to fool around and have a flying lesson though. “You’ll need to take off your shirt.”


“Oh.” Birch turned bright red. He slowly unbuttoned his shirt and slid it off. “Now what?”


“Close your eyes.” Birch shut his eyes. Sayer relished the trust his beloved showed when he let Sayer tell him what to do. “Now see your wings, feel them behind you, stretching and flexing.” Sayer didn’t have to close his eyes to bring out his wings; he’d been hiding them since he was young, but Birch needed the visual.


Sayer’s back tingled. He shrugged his shoulders and stretched his wings out before folding them down tightly to his back. Birch’s wings took longer to appear, shimmering in the air before the pure white feathers coalesced into reality behind him. They flared wide, creating small draft. Birch didn’t seem to notice he was up on his toes without even trying.


He was going to be a natural, Sayer just knew it.


“Now come up here with me.” Birch climbed up on the bed and Sayer showed him how to flex his wings, using his shoulder positions to change their angle. “Okay. Let’s try flapping them, just once, and leave them out to catch the air.”


Birch licked his lip. “Will you hold onto me?”


“Okay… flap.” Their wings spread and then whooshed through the air, sending them both into the air several feet. “Wings out, far as you can keep them.”


Birch had a little wrinkle between his eyes but his wings stayed out. They slowly fell toward the bed, bouncing a little. Sayer flexed his knees and steadied them both.


Sayer laughed with him. “Well, a little. But that was a great start. You have wonderful control.” Birch tugged him in close, letting go of his hands and hugging Sayer around the waist under his wings.


“I still flew.” He stretched up and captured Sayer’s lips in a heated kiss. His tongue dipped in and touched Sayer’s, coaxing it out and into his mouth.


“Ahem.” The door opened after a rushed knock.


“You called for the Alchemist?”


Venson, a squat dwarf fae, stood beside the slender human man who was fiddling nervously with his glasses.


Birch was bright red again. He hopped off the bed and reached for his shirt. “Ahh, sorry. We were just—” He stared at his shirt, the wrinkle back between his eyebrows. “Crap. No wing slits.”


“There are a few shirts in the bureau that should work. Get me one too, will you, Birch?”


Sayer stepped off the bed. “We did call for the Alchemist. Thank you for coming so quickly.” He ushered their guests to seats by the open balcony door.


“What can we do for you?” Venson asked.


Sayer pulled on the shirt Birch offered him, then used a breeze to do up the back. He almost stumbled forward into their guests when he misjudged the effort. “Shit.”


Birch sank down into a chair opposite their guests. “What can he see?”


“Power.” The Alchemist pushed his glasses up his nose. “I made these, and with them, I can see the power that the fae use.”


“The magic has colors.”


Birch nodded. “Like when Haverlseen told me to find the well of magic inside me, and my colors were different from his colors when he gave me energy.”


“Exactly. With these, I can see the power’s source and how it flows.”


“Your beloved can see the flow of magic. Birch brought up the idea our magic isn’t going wild on its own. He thinks something is causing the surges, and for lack of a better word, polluting the fae.”


“Is that even possible?”


Birch leaned forward in his chair. “In the human world my job was to investigate environments affected by pollution. I tracked the effects, found the cause, and figured out ways to eliminate the problem and help the ecosystem recover from the damage as much as possible, at least. If the magic were a river, flowing through the fae realms, that individuals can dip into and use… when why can’t something ‘upstream’ be causing a problem.”


The Alchemist nodded quickly. “Yes, yes, I see exactly what you mean. It might work! We can find out what’s causing the Darklings!”


Sayer hated to burst their bubble, but… “First we have to be lucky enough to find a source of pollution.”